Okay, these are a little out of order. Oh well! Arthur's been a roll recently to restock our firewood for next year and the rest of this year, plus to help out Amos and Silas with wood. It's a good thing he has grandsons and Eli around to help out!!

We went to the North Dakota Home School Convention last week. We mainly went because Priscilla was doing a book booth at the vendor show and thought we should make it a family trip. We had a great time! One night however, we got a room on the way home that was SO cold! Arthur messed a long time with the heater and finally, after we were in bed with our coats on asked for more blankets. The lady came by a little later with some nice warm ones right out of the dryer with an apology. The next morning Miriam tried one more time to get the heat on and just like that it kicked on.

Since we no longer homeschool the workshops just don't hold the interest they used to to Arthur and I, did a bunch of shopping. Arthur attended a bull auction and the steak dinner that went with it but didn't buy any of the $4,000+ bulls. We also checked out the Missouri River and the keelboat replica of Lewis and Clark. I did enjoy the vendor show and came home with way too many books!

One look at the Missouri River and we decided there was no way you were going to skate down that river like our local Warroad River! What a beautiful city Bismark / Mandan is.

Priscilla also did a workshop on self publishing.

Forgive the mess in my living room! These are some trikes we picked up to use at the maze and Arthur, the girls and Eli were testing them out by biking in circles, and down the stairs. The grandkids had fun testing them out too.

I just enjoy this picture with the girls enjoying each others company.

Living up north we don't to a Cracker Barrel very often so we stopped there for supper one night. If I could pick up their store and plop it down at the maze I would. I love that place!
Hope you all have a wonderful week! Don't forget to pray for our country!
Posted by The K. Family at 1:33 PM 1 comment:

Okay, we haven't blogged for a LONG time! I've had several people tell me in the last few months that they miss it though so I will try to do a few more posts than in the last year!

Probably the same where you live, but the news this week is the bitter cold! We've had quite a few days now where it hasn't reached 0 degrees F. My father-in-law keeps a thermometer in the valley behind our house and one morning it said 59 below!!! That happened one other time in my memory. It's been tough on the cows, and the water pipes to the cows. Poor Arthur is pretty busy keeping them with fresh drinking water. 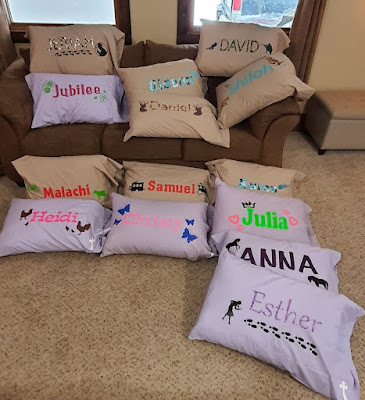 Backing up to Christmas, I had fun making a special pillow for each of the older grandchildren with my new Cricut machine.

The Christmas highlight was having Nate and Hosanna come up for a whole week with their adorable little Ruth. By the way, Hosanna is expecting again!

In January our nephew Josh, who has been on this blog a lot over the years, and Priscilla's friend Jessica got married! What a beautiful wedding with two of the sweetest people!!! I can't wait to see what God has planned for their lives.

It doesn't matter how cold it is, Arthur keeps on working, and anyone else he can get to help. Last week, he got a bunch of firewood with Eli and some grandsons. I hear their going out again today. Brrr! And I'm freezing in the house!

For Valentine's Day I made everyone in the family a hot chocolate bomb. They were so fun to make even if it took me a long time. I'd like to perfect them a little and then maybe sell some at the maze.

Speaking of the maze, this is the first 2021 project for the maze getting worked on in our kitchen. I also had the fun of attending a virtual agritourism conference. Getting together, even if its online, with a bunch of other maze owners is so much fun. Everyone shares their ideas and what works for them. They share pictures and farm video clips. Plus there were lots of workshops.  My brain is "amazed" at all the things we could do! My family wasn't so enthusiastic!

At our church we've been having a ping pong tournament. Pretty much everyone is in it from young children to us older ones. It has been so much fun watching people play that we don't normally see play.
So that's about it for now. A quick catch up on the last few months. Again, I will try to do better. I actually like blogging way better than facebook because I like to write more than people read. I hope you all stay warm, and count your blessings from God, and name them one by one!
Posted by The K. Family at 12:47 PM 1 comment:

Well, this has been an eventful month so far, hasn't it? Things haven't slowed down a whole lot at our house. In fact, everyone I know in our entire town is pretty much still working almost like normal. There are no cases of Covid 19  in our area that anyone knows of, so that could change if there gets to be some. Meanwhile, we've been watching grandchildren here and there.

Okay, you wouldn't live in this part of the world if you didn't love winter! I could live without the icy roads, but other than that, its pretty nice. One thing everyone up here loves is hockey. You can't live in Warroad without loving it some anyway!

Email ThisBlogThis!Share to TwitterShare to FacebookShare to Pinterest
Older Posts Home
Subscribe to: Posts (Atom)
Often I get asked about books or movies and what we like. I will be posting some of our family favorites in this column. If you click on them, they will link to christianbook.com where you can buy them if you like.

I just love using these highlighters in my Bible! They are bright, don't go through the thin pages, and don't fade. So glad to finally find the perfect Bible tool!

Need a game to play with the whole family including younger children? There are several versions of Spot It! and your children will enjoy playing this with you.

My favorite canning book! It has all of the common how to can this or that plus lots of other fun canning recipes!

One of our sons really enjoyed playing this when he was younger. It kept him entertained for a long time and is great for trips or when you need quiet time!

Our family loves escape rooms and we have found the games to be enjoyable too even if we aren't very good at playing them! This one is fairly easy.

John 3:16 "For God so loved the world, that He gave His only begotten Son, that whosoever believeth in Him, should not perish but have everlasting life."

The most important decision anyone can make is to trust in Jesus for everlasting life. If you have never done that, and you desire to do so, you can pray something like, God, thank you for loving me so much that You sent Your only Son to take the punishment for my sin. I turn from my sins and invite You into my life. Fill me with Your love and help me to live for You. Amen. Praying a prayer isn't what saves you. You need to believe in your heart what God has done for you in sending his Son to die on the cross. I hope you make that decision today. 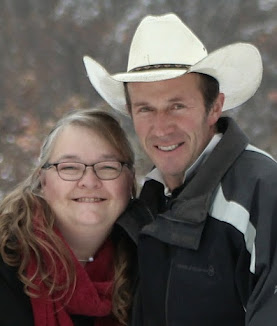 The K. Family
We're the K.family. Arthur and I were married in 1986 and have seven children, three daughter-in-laws, two son-in-laws, and a troupe of grandchildren. We have beef cows and do some grain as well with my father-in-law. We're probably best known in our area for running a corn maze in the fall. 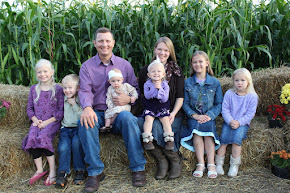 Aaron and Naomi, and family.

Amos and Rebekah, and family. 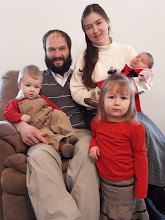 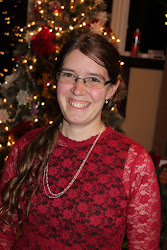 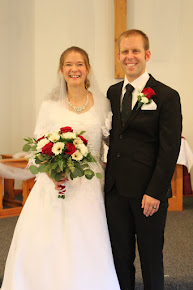 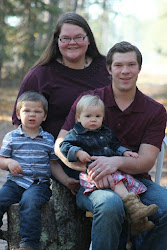 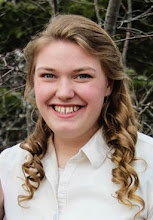